Strengthening and lifting the subsided foundation

Category
Strengthening the foundation base

Strengthening of the soil at the base of the foundation and lifting subsiding structures in the shortest possible time.

The owners of the country house were concerned about the building, including a crack on the body of the foundation made of concrete blocks. Visual inspection revealed that the structure movement was due to the strong compressibility of the soil at the base of the foundation when it was wet and reduced load-bearing capacity, which caused cracks between the blocks.

Restoration of operational qualities of a residential building and stabilization of deformations.

The solution of the problem was facilitated by the method of DEEP Lifting according to GeoResin technology, which provided for injection of expanding polymer mixture into the ground of the base to strengthen it and lift the subsided foundations. In total, 8 injections were performed at different levels under the foundation sole, which provided strengthening of the soil and lifting of sunsided structures up to on average of 5 mm, and the net work time (injection) took only 4 hours.

The effectiveness of the measures taken was reflected in the restoration of normal operating conditions of the residential building. The quality of soil hardening was checked by testing before and after hardening, as well as by laser monitoring of structures. 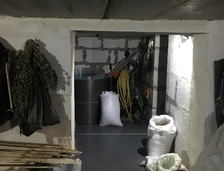 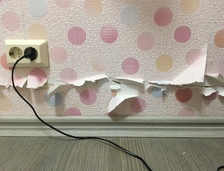 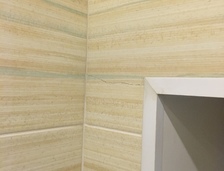 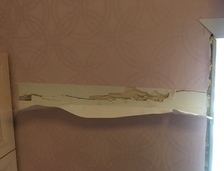