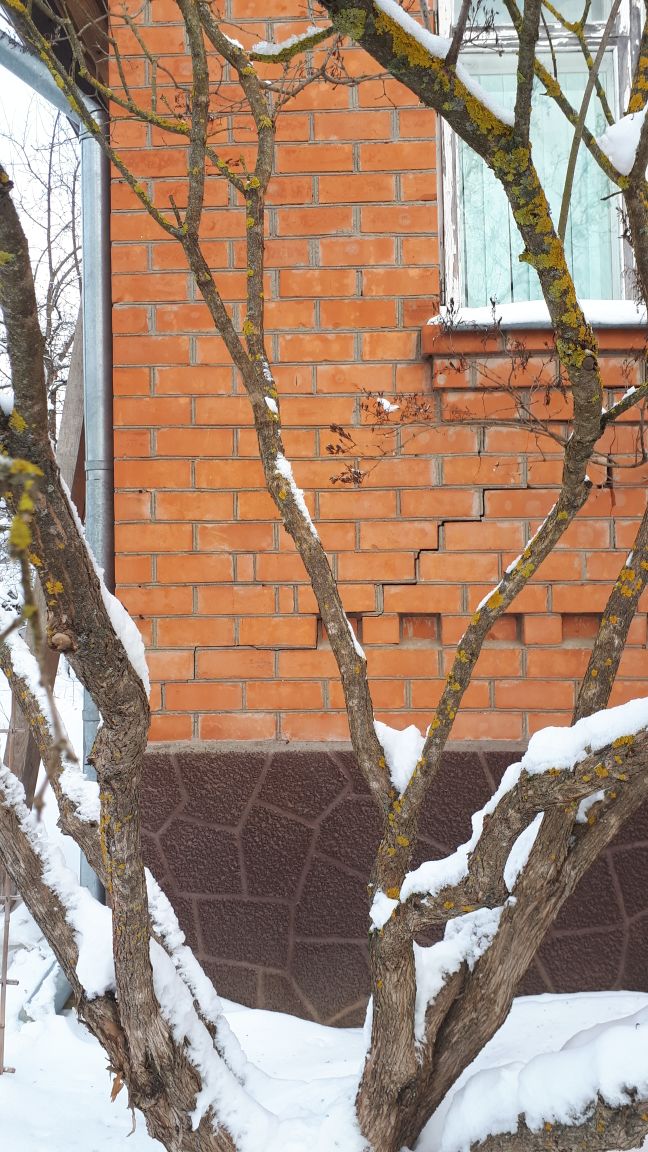 The owners of a residential building in Reutov, were concerned that the back of their house was subsided and that expensive repairs might be needed if the subsidence was not stopped. A large crack had formed in one of the walls, and cracks appeared along the cornice of the ceiling of three separate rooms. The damage indicated that the entire back of the house was shifted relativly to the rest of the building.

The largest crack ran from the floor to the lintel on the back wall of the house and split both the lime mortar(which happens most often) and the bricks. Significant subsidence of the foundation soil caused the walls to sink to 54 mm at about 17 linear meters along the foundations. The consequences also affected two doors that swung open whenever they were not closed properly.

Homeowners consulted with GeoResin to eliminate the main causes that let the house structures move. The owners also wanted to make sure that their home would not suffer further damage.

GeoResin has developed and implemented its own engineering project for injecting GeoResin resin into the ground at the base of the foundation along the exterior walls at the back of the building. The Deep Lifting method is aimed at maximizing the bearing capacity of the soil under the house and provides a long-term solution with reducing the risk of further subsidence to a practical minimum.

The project was completed in two days. The homeowner had no reason to use any excavation or other traditional cementing methods.

Employees of Ground engineering were required to lift,re-level and restore the functionality of the house structures along 17 linear meters in the rear part of the building. The solution was required for the slanted doors to function according to the original design.

GeoResin resin was to be injected into the foundation base under the bottom to help lift and re-level the entire back of the structure, while improving the bearing capacity of the soil to reduce the risk of further subsidence.

Work on technology GeoResin minimizes discomfort for the homeowner. A practical inconvenience is that the owner of the property knows that three people of the contractor's company are present on the site without noise or disorder.

When injecting polymer resin into the ground, the material expands rapidly, strengthening the base and re-leveling the building quickly and efficiently. GeoResin technologies were identified for this project because of its controlled application process, which eliminates the risk of adding additional excessive load to the building during the lifting process. The resin was pumped deep under the foundation at depths between 600 mm and 1,800 mm, while a team of technicians constantly monitored the process, using laser levels to track the foundation's lifting millimeter by millimeter.

The implemented solution was able to successfully strengthen and lift double-brick structures quickly and safely. It was also able to close discrepancies on the lintels and a large external crack in the wall. As a result, the doors started functioning properly for the first time since the crack appeared more than two years ago.

This successful project was completed within one day without any interference to the life of the guests. The decision also provided the family with peace of mind and the knowledge that their home is now stable and livable for a long time. The homeowner noted that "the GeoResin team of specialists was very friendly and hard-working." 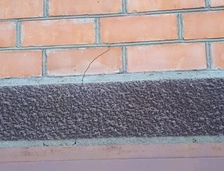 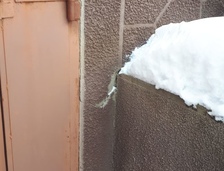 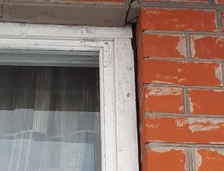